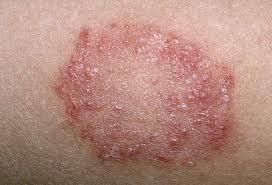 How to tell if YOU have skin cancer: From bleeding, itchy moles to flat, red spots, the symptoms to watch out for • Poll found three quarters of people could not recognise skin cancer signs • Non-melanoma skin cancers are characterised by a lump or discoloured patch on the skin that doesn't heal • Melanomas, the most deadly form of skin cancer, are usually detected by the appearance of a new mole or a change in an existing mole By Published: 12:09 GMT, 4 May 2015 Updated: 12:28 GMT, 14 May 2015. From a discoloured patch on the skin to a mole that has changed in appearance, would you spot the signs of skin cancer? According to a new survey, carried out by the British Association of Dermatologists, more than three-quarters would not recognise warning signs of the disease.

And the majority of British people do not carry out the monthly checks recommended by dermatologists, experts warned. The poll found 81 per cent of people said they do not feel confident they could recognise signs of a non-melanoma skin cancer. Scroll down for video. More than three-quarters would not recognise warning signs of skin cancer, according to a new survey. Dermatologist warn many people ‘bury their heads in the sand’ over the threat posed by the disease This type of cancer is characterised by the appearance of a lump or discoloured patch on the skin that doesn't heal, most often appearing on the face, ears, hands and shoulders.

Here, we reveal the signs and symptoms of different types of skin cancer. Waves Gold Native Bundle Cracker. BASAL CELL CANCERS Skin cancer can come in the form of a basal cell cancer (BCC), sometimes called a rodent ulcer. The disease affects the bottom of the epidermis, the outermost layers of cells in the skin. A basal cell carcinoma, pictured here, may be smooth and pearly, look waxy, be itchy and sometimes bleed Around 75 per cent of all skin cancers are BCCs, which are typically slow-growing and almost never spread to other parts of the body.