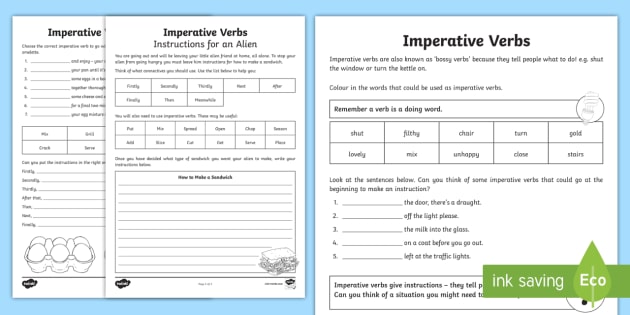 » » » » Free Literacy Warmup Ideas Posted August 2nd, 2015. Here are a few language/ literacy games; easily adapted to different year groups and most can be done over and over again before children get bored of them. They can be used at the start of a lesson, as a quick energiser / change of pace to regain children's attention or become part of a short term plan for literacy - as a guided session, for example. Keeping literacy fun and active is an obvious motivator. Do as I say A game to recognise and practise imperative verbs.

If you have space it can be a run around warm up activity. Start off by issuing an instruction that everyone has to follow: ‘’Pat your head” Then everyone pats their head to the count of five. By then you have pointed to another child to shout out the next instruction: “Pat your neighbour’s head” 1 2 3 4 5 And so on until lots of children have had a go. To make it more difficult you can make a rule that the instructions have to be a synonym (e.g. Of a movement like walking) “Stride across the room” – “ Tiptoe” “Gallop” – “Saunter’.

Guide me in An alternative to Do as I say - used to consolidate positional language / prepositional phrases. In an open space ask the children to imagine they are ground control staff at an airport and have to guide a Jumbo jet across the airfield – using radio signals only. The pilot can’t see them, they can only hear instructions). Online Wild Thornberrys Animal Rescue Game more. Put out a series of obstacles and ask pairs of children to guide each other across the space using short prepositional phrases: ‘Straight on’, ‘A bit further’, ‘underneath the barrier’, ‘Stop there’ ‘go left around the cone’ etc. See how many different phrases they can think of to use. Put them in order This activity can be used over and over again - using different things to put in order: Words on cards that have to be assembled into alphabetic order.

Months of the year Children’s names – according to second letter alphabetical – or last letter A list of words associated with an emotion (anger) – put them in order according to their ‘strength’ – e.g. Irritated, exasperated, apoplectic, indignant, resentful, enraged, annoyed, cross, furious, bitter. Favourite foods Labels for The Digestive System or The Planets. What can you remember?

Print off some ‘busy’ pictures or put one on the whiteboard: street scenes work quite well. Ask children to look at the picture for only one minute. They then have to write a descriptive sentence about what they remember in the picture. (can be two or three sentences if you wish).

Compare with the picture to see how accurate they were. To extend the activity see how each of the sentences can be improved in terms of descriptive language which improves the accuracy of the ‘memory’. Delta Controls Orcaview Download Chrome. This also works well for picture of a character. Ask children to look at a random photograph of a person and list the three most important details about them they remember. Then go on to extend their sentences – could be for a police witness statement or a character in a story.

What would you take? Give children different scenarios/destinations and ask them for the five top things they would take with them: (you could start with more and then ask them to prioritize the top five) • Desert island • Arctic Circle • On a 5 person boat across the Atlantic • On a one person boat • To the top of a mountain • To an imaginary place – maybe one in a book you are reading at the moment. Sound Poems Give children a theme and ask them to construct a sound poem from it. For example; Food. Children first have to brainstorm any kind of noises they associate with food: (encourage nonsense words as well as ‘real ones’) Slurp, crunch, schloop, nibble, bite, munch, gobble, burb, chomp, fizz, flick, slush, splosh It could then become an alphabetic poem or ask children to choose their top ten and assemble into a poem of their choice. Other themes for Quick Sound poems include Machines, Animals, School life, Supermarket sounds. Word Jigsaw Ask children to write out words they/you are working on at the moment onto to separate cards: these might be from spelling lists, high frequency words, topic words, scientific terminology etc.